2015 was a big year for us at Zabel Acres. A lot of pieces fell into place, and we’re hoping to carry that momentum into 2016.

Everything we’ve done and made has been a kind of prototype. Most have failed, which is kind of the point of prototypes, but some have worked. Like most things in life, nothing is as simple or easy as it seems it will be. We are all prototypes – so it goes.

“Let’s just try making it.” has been our mantra. It’s hard to not learn or progress when you’re engaged in the act of making. We became an FSC certified vendor, thanks to a great and supportive client who believes in that sort of thing. We’ve made signs, coasters, a mobile-bike-trailer-comedy-stage-prototype, cutting boards, picture frames, magnets, and business cards. We’ve used trash, invasive weeds, reclaimed materials, acrylic, FSC veneer, and upcycled cardboard. We’ve participated in a MakerFaire, applied to a craft show (declined, jerks), and been featured on 3M’s Newsroom with a snazzy video that makes Matt look much cooler than he is in real life. Most of it was fun, some of it wasn’t – so it goes. 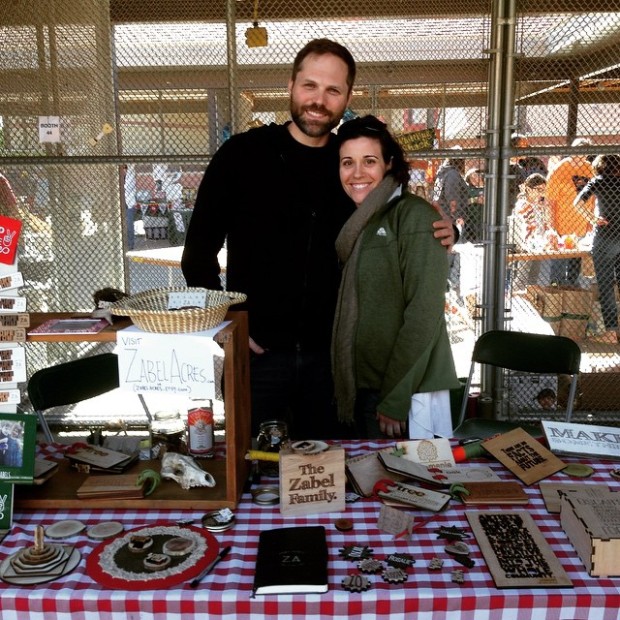 This year, we want to do more. We want to make more. As every artist, craftsperson, writer, and maker knows – there is something addictive about the act of bringing an idea into the world (whether or not anyone else gives a hoot is secondary). Making is human. We’ll dream, we’ll try, we’ll make some crap, we’ll try again – so it goes.